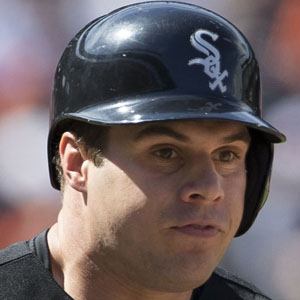 Major league catcher who broke into the league with the Chicago White Sox in 2013.

He threw out 30 percent of would-be basestealers in 2013.

His sister Jennifer played softball at St. Mary's of the Woods College, and his brother John played baseball at Purdue.

Josh Phegley Is A Member Of