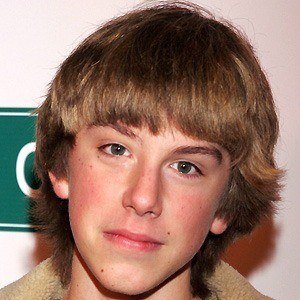 Actor who played Schwartz in the 2007 comedy film Mr. Woodcock and appeared in the 2013 thriller Stoker. In 2008, he won a Young Artist Award for Best Performance in a TV Movie by a Supporting Young Actor for his role in Jane Doe: Ties That Bind.

He was born in Boise, Idaho. In 2003, he debuted in Charlie's Angles: Full Throttle.

His television credits include episodes of Monk and Arrested Development.

He grew up with younger brothers named Zack and Jeremy.

He acted alongside Billy Bob Thornton and Susan Sarandon in Mr. Woodcock.

Josh Shada Is A Member Of