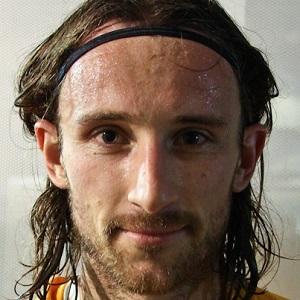 Australian striker who has played for Australia's national team since 2006 and made his professional debut in 1999 for Carlton S.C.

He played youth soccer for the Twin City Wanderers in Victoria, Australia.

He is known by fans as "Jesus" because of his long hair and beard.

His father is Chris Kennedy.

Joshua Kennedy Is A Member Of