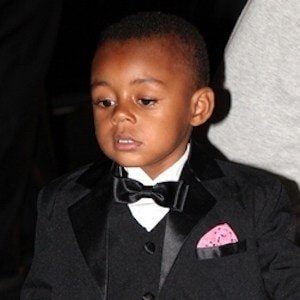 Best recognized as the adopted son of actress and comedienne Kym Whitley, he stars alongside her in the OWN series Raising Whitley.

His mother, Kym, adopted him after his birth mother, whom Kym mentored, left him at the hospital with only Kym's phone number.

Because he has several deadly allergies, his mother designed a "Don't Feed Me" shirt for him to wear when he is out without her. The shirts have gone on sale for others to help protect young children from food allergies.

He has appeared alongside Omarosa Manigault on Raising Whitley.

Joshua Whitley Is A Member Of