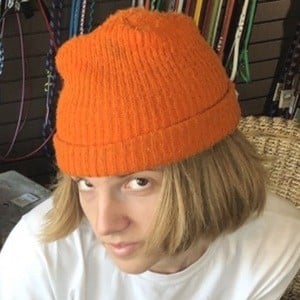 Guitarist and singer as well as Instagram influencer who became a part of the band Greer. They debuted with a song called "Song For Me" in 2019. His music has been classified as Indie Rock and has been featured on Spotify and other music platforms.

He posted a first YouTube video from his josiah channel in February of 2019. It was titled "my first youtube video." For Halloween in 2021 he dressed up as Cruella.

He grew up in Southern California with six siblings. He was raised by a single mother.

His band Greer is named after the late Emma Greer.

Josiah.official Is A Member Of