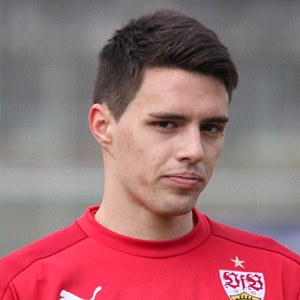 He first began his youth career in 2006 when he started playing with the Dinamo Zagreb club. He then started his senior career in 2015 with the club. He played on several Croatian national teams including on their Under 14 squad in 2012. He then joined their Under 21 team in 2016, the same time he joined Vfl Wolfsburg FC.

He was born and raised in Zagreb, Croatia and shared a photo with his younger sister to Instagram in June of 2017.

He shared a photo celebrating fellow Croatian players Luka Modric and Dejan Lovren to his Instagram in July of 2018.

Josip Brekalo Is A Member Of