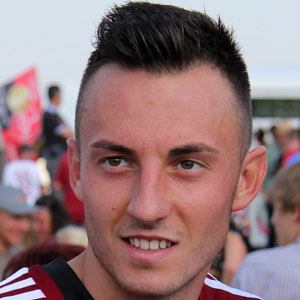 Striker who joined Bayer Leverkusen in 2014 and became a member of the Swiss national team in 2012.

He began his professional career with FC Zuricha after spending eight years in the club's youth set-up.

He was born in Lachen, Switzerland.

He and Ivan Rakitic became teammates on the Swiss national team.

Josip Drmic Is A Member Of