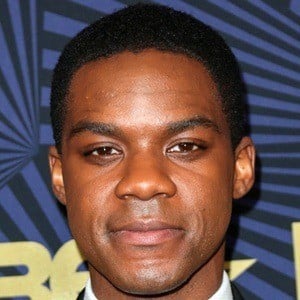 Film and television actor who had a couple of breakthrough years in 2015 and 2016 when he was cast as Michael Murphy in HBO's The Leftovers and as Cory Fences. He'd also star in the film Overlord and the Netflix series When They See Us in 2019.

He was born in Upper Heyford, Oxfordshire, England, and raised in Waldorf, Maryland, where he acted in school and church plays. He graduated with a bachelor's degree in political science and philosophy from Bowie State University.

He initially moved to Los Angeles, California, to be a writer.

He was cast in the 2017 Darren Aronofsky-directed film Mother!

When They See Us
Jack Ryan
The Stand
More