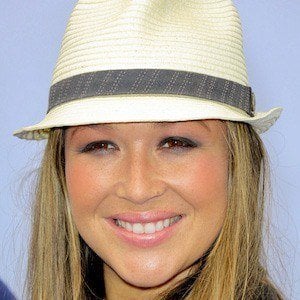 American singer and actress who is known for her role as Joy Reyes on the TV show 7th Heaven. She also provided her voice for the animated film Lady and the Tramp II: Scamp's Adventure.

She participated in Star Search when she was 11 years old.

Her debut self-titled album made it to the number 31 spot on the New Zealand charts in 2001.

She married record producer Rodney Jerkins in 2004, and they have four children together, Hannah, Heavenly, Rodney and Royal.

She sang background vocals on Mariah Carey's song "When You Believe."

Joy Enriquez Is A Member Of