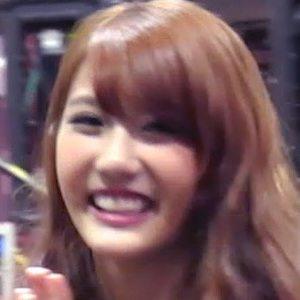 With more than 7 million view for her song "Malaysia Chabor," Chu, known as Slyecao, is a Malaysian born pop singer, actress, internet personality, and member of the artist conglomerate RED People, aimed at gaining mainstream exposure for Malaysian creatives.

Born in Johor Bahru, Malaysia and educated in Singapore, she gained fame with the song "Malaysia Chabor." Written by controversial rapper Namewee, who caused a stir for rapping over the Malaysian National Anthem. The song tells others that she is Malaysian and not Korean, which is what people assume.

She uses social media to release her music instead of traditional albums. In 2015 she was cast as the lead in the Singaporean film Young & Fabulous, about a group of cosplayers.

She has an older brother named Joey who sometimes appears in her videos, and an older sister.

She is known for her covers of pop songs, like "Wrecking Ball" by Miley Cyrus.

Joyce Chu Is A Member Of