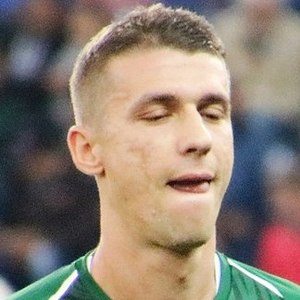 Croatian international center back who started representing his country as far back as the U14 level. He was first called up to the senior side in 2015 and has played for Celtic and Dinamo Zagreb.

He first joined Zagreb in 2006 and played for the youth side until joining the main club in 2013. He signed with Celtic after the 2015 season.

During his three seasons with Dinamo Zagreb, he won the league three times as well as a Croatian Cup.

He grew up in the small village of Gornja Lomnica in Croatia.

He became teammates with Nir Bitton upon joining Celtic.

Jozo Simunovic Is A Member Of