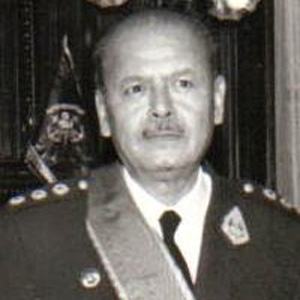 Leftist Peruvian General who organized as a successful Coup d'Etat against President Fernando Belaunde. He led Peru as the President of the Revolutionary Government of the Armed Forces of Peru from 1968 to 1975.

As a child he helped support his family by working as a shoe shine boy.

While ruling Peru his title was President of the Revolutionary Government, though eventually he was overthrown when his faculties began to slip due to a circulatory problem.

He grew up as one of 11 children to a medical assistant and his wife. He married Consuelo Gonzáles Arriola and together they had four children.

He was ousted from office by his fellow revolutionary Francisco Morales Bermudez.

Juan Velasco Alvarado Is A Member Of