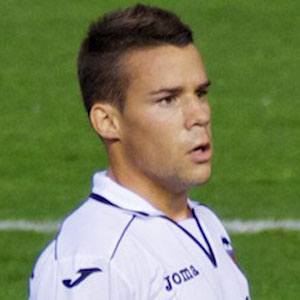 Spanish soccer player who has most famously played for clubs like Valencia CF and FC Bayern Munich. He is a veteran of the Spanish national team, beginning his international career as a member of the country's Under-16 squad.

He grew up the youth system of Valencia and made his senior debut with the club as a seventeen-year-old.

He won the UEFA European Under-19 Championship with Spain in 2012.

His parents are Amparo and Alejandro Bernat.

He has been managed by Pep Guardiola at FC Bayern Munich.

Juan Bernat Is A Member Of