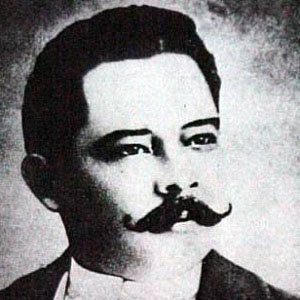 Remembered for his tremendous contributions to the development of the Puerto Rican danza music genre, Campos composed close to six hundred pieces during his brief lifetime.

His unrequited love for a woman named Mercedes Arias inspired "No Me Toques," "Maldito Amor," and several more of his popular danzas.

Juan Morel Campos Is A Member Of