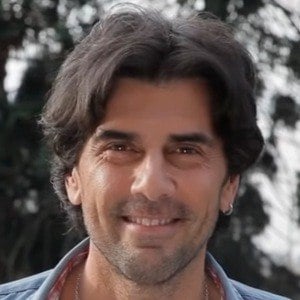 Brazilian actor who is known for his recurring roles on a variety of different television series'. He is best recognized for having played Julian Gimenez in the 2012 series Candy Love and also starred as Diego Guerrico in the 2018 series Simona.

While born in Brazil, he quickly moved to Argentina at the age of 3 where he was raised and also started his career. He made his acting debut in 1984 when he was cast in a recurring role in the series Buscavidas.

He is known for having been nominated for a Martin Fierro Award in 2013 for Best Actor in a Daily Drama Series for his role in Dulce Amor.

He married Maris del Carmen Leone and together they have two children.

He starred alongside Carina Zampini and Segundo Cernadas in the 2012 series Dulce Amor.

Juan Darthes Is A Member Of