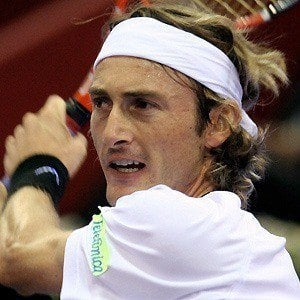 Known as a clay-court specialist with a booming forehand and quick footspeed, he won the French Open in 2003.

He began playing tennis when he was 7 years old.

Reached the semi-finals of the Australian Open in 2004 and made it as far as the quarterfinals in Wimbledon twice, in 2007 and 2009.

He was raised with two sisters, Ana and Laura.

He reached the finals of the 2003 U.S. Open but lost to Andy Roddick.

Juan Carlos Ferrero Is A Member Of