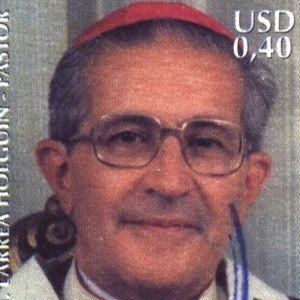 Known as the Archbishop of Guayaquil for ten years, he was the first member of the prelature of Opus Dei in Ecuador.

He was a founding student of the Pontificia Universidad Católica del Ecuador where he studied law.

He held the chair in Civil law at the Catholic University of Quito for a long period of time.

His father performed a diplomatic service for Ecuador to the Argentine government.

He was known to be a religious leader like Mother Theresa.

Juan Larrea Holguín Is A Member Of