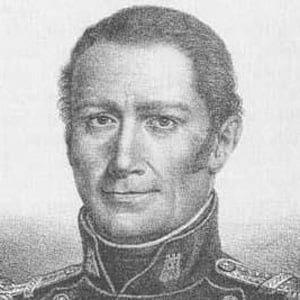 Irish-born hero of the Chilean War of Independence who defeated royal forces at the Battle of Membrillar.

He studied in Spain at the Royal School of Mathematics and later trained as a military engineer at the Royal Military Academy.

He trained the first military engineers for the Chilean Army following the Declaration of Chilean Independence.

He had three children with his wife, Josefina.

He and James Wolfe were both war heroes.

Juan Mackenna Is A Member Of