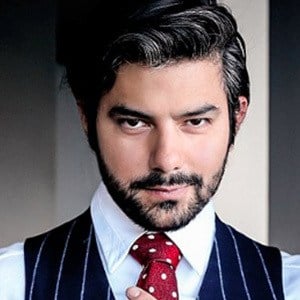 Entrepreneur, fashion enthusiast, and Creative Director known for his work at Estoespurpura and for founding Bad Hombre Mag. He is also known for running the fashion based blog Jimness and shares additional fashion based photos through Instagram for his over 140,000 followers.

He started sharing his fashion photos through Instagram in July of 2013. He then started earning recognition in December of 2017 when he was first featured in the Gentebien Portada press outlet.

He has been featured in several press outlets for his fashion and style including in Grazia Mexico in February of 2015, Red Carpet Club in September of 2015, and The Fancy Archive in October of 2015.

He was born and raised in Mexico and shared a photo with his mother through Instagram in May of 2018.

He shared a photo with actor Darren Criss at Liberty State Park through his Instagram in June of 2018.

Juan Pablo Jim Is A Member Of