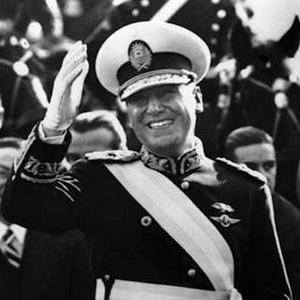 His grandmother forged his birth certificate in order to make him eligible for the military.

The political ideology in Argentina known as Peronism stems from him.

He married three times; his marriage to second wife, Eva Duarte, lasted from 1945 until her death in 1952.

During his studies abroad to learn about different types of governments, he was reported to have had a positive impression of Benito Mussolini.

Juan Domingo Perón Is A Member Of