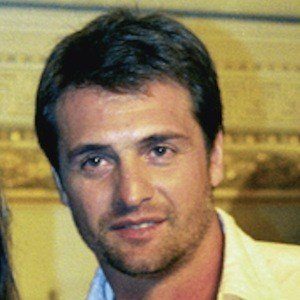 Actor most well known for his recurring roles on telenovelas like La fea más bella, Palabra de mujer, and Cuando me enamoro. He was also cast in the 2017 film Tango Late.

He began his career playing for the rugby union and eventually became part of the Argentine national team.

He has owned the restaurant El Che Loco in Mexico City.

He married Magdalena Moguilevsky and he has three daughters named Valentina, Mia, and Azùl.

He acted opposite Patricia Manterola in the 2004 telenovela Apuesta por un Amor.

Juan Soler Is A Member Of