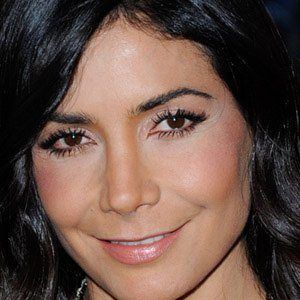 Pop singer, actress and TV host who rose to fame as a member of the Mexican group Garibaldi. She's released several studio albums as a solo artist, featuring hits such as "Que el Ritmo no Pare" and "Ojos Negros." She appeared on the Televisa telenovelas Destilando Amor and Apuesta por un Amor. In 2019, she began appearing on the series Renta Congelada.

She studied English at UCLA. She was discovered by producer Luis de Llano who asked her to be part of Garibaldi.

In 2016, she hosted the TV singing competition La Voz Kids. She appeared on the series La Fea Más Bella as well as the American version of the show, Ugly Betty, in 2006. She won a TVyNovelas award for Best Lead Actress for her role in the 2009 movie The Perfect Game.

She married Forrest Kolb in 2013 and they have three sons named Lucca, Alesso and Matteo. She was previously married to her Garibaldi bandmate Xavier Ortiz from 1999 to 2004.

She starred in the fifth season of the series Señora Acero alongside Ana Lucía Domínguez and Carolina Miranda.

Patricia Manterola Is A Member Of