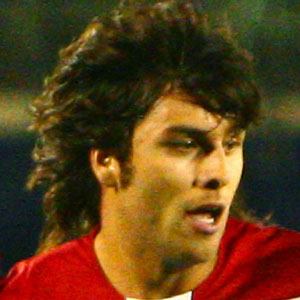 Midfielder who was a member of the Colombian national team from 2008 to 2009. He joined the New England Revolution in 2012 after spending two seasons with Aris FC in Greece.

He began his professional career playing for the Colombian team Santa Fe in 2003.

He played his first MLS season with FC Dallas in 2008.

Both of his grandfathers, Juan Carlos Toja and Victor Vega, played soccer professionally.

He and Carlos Valderrama both represented Colombia in international play.

Juan Toja Is A Member Of