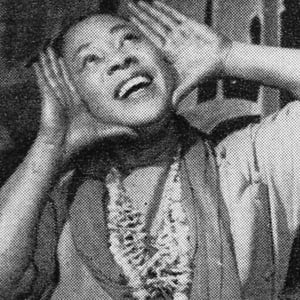 Actress who appeared in both the Broadway and Hollywood versions of the musicals Flower Drum Song and South Pacific.

Before becoming an actress, she had a successful singing career and formed a vocal group called The Juanita Hall Choir.

In 1950, she was honored with a Tony award for Best Supporting Actress for her role as "Bloody Mary" in South Pacific.

She became famous for her performance in South Pacific, a musical featuring music by Richard Rodgers and lyrics by Oscar Hammerstein II.

Juanita Hall Is A Member Of