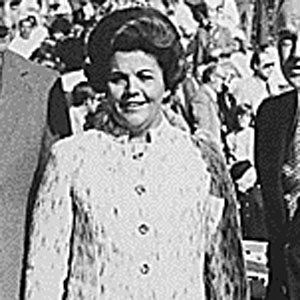 Wife of Vice President Spiro Agnew, who resigned from office in disgrace in 1973.

She married Spiro Agnew days after he graduated from the army's Office Candidate School.

Her husband became the second Vice President to resign after he was charged with accepting bribes.

Her father was a chemist and she had four children with her husband.

She had a way with words, calling her husband Spiro Agnew's opponents "pusillanimous pussyfooters" and "nattering nabobs of negativism."

Judy Agnew Is A Member Of