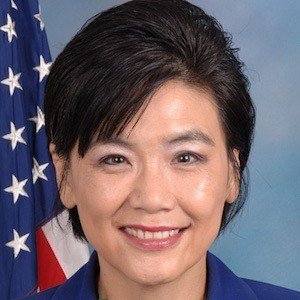 Democrat and politician who became a U.S. Representative from California in 2009.

She was the Chair of the California Board of Equalization and served five terms as mayor of Monterey Park City.

She is the first Chinese American woman ever elected to the U.S. Congress.

She succeeded Hilda Solis as the US Representative from California's 32nd congressional district after the former was appointed to become President Barack Obama's U.S. Secretary of Labor.

Judy Chu Is A Member Of