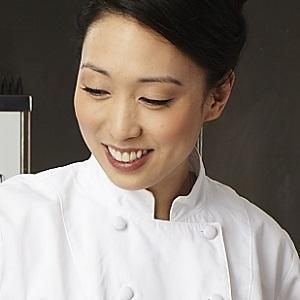 Host of the Cooking Channel series Korean Food Made Special, she is an iron chef who launched her first restaurant, a Korean-American place called Jinjuu, in London in January 2015.

She was an analyst at Morgan Stanley before deciding she wanted to pursue her true passion of cooking. She then enrolled at the French Culinary Institute where she trained and earned the title of valedictorian.

She worked as a recipe developer for Saveur Magazine. She was the executive chef at the Playboy Club London until the summer of 2014.

She was born in Summit, New Jersey.

She worked as a recipe developer for renowned chef Gordon Ramsay.

Judy Joo Is A Member Of