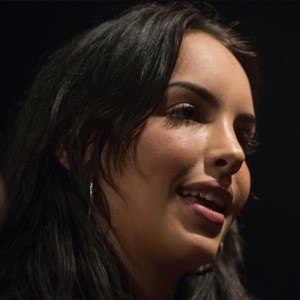 Hip-hop recording artist who rose to fame as one half of the duo SXTN. They are best recognized for their album titled Life at the Limit.

She met her SXTN bandmate Nura at the age of 18 and they formed the rap duo in 2014.

She was born to a German mother and a Moroccan father. Her real name is Judith Wessendorf.

Both she and fellow rapper Mac Miller performed at the 2017 Splash Music Festival in Berlin, Germany.

JuJu Is A Member Of