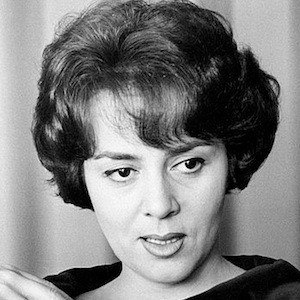 Italian singer best known for songs like I've Got You Under My Skin, Blues in the Night, and One For My Baby (And One For the Road).

She worked alongside Lelio Luttazzi as a radio singer during the 50's.

Her performance at the Festival di Sanremo in 1959 was considered so scandalous that she did not appear on national television for several years after that.

She married composer Carlo Lanzi in 1957.

Her song I've Got You Under My Skin was written by Cole Porter.

Jula De Palma Is A Member Of