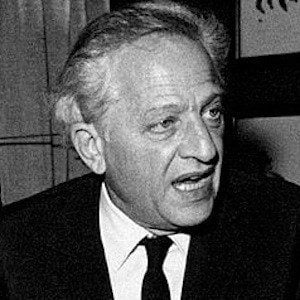 Hollywood director who was blacklisted during the McCarthy era.

He was a member of the American Communist Party until Russia's pact with Germany in 1939.

He settled in France after his Hollywood career dried up.

His son was the famed French singer Joe Dassin.

He had few friends in Hollywood after being blacklisted. Bette Davis was one of the few stars willing to give him work.

Jules Dassin Is A Member Of