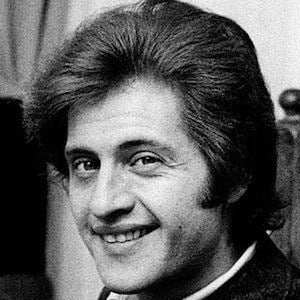 American singer-songwriter known for various chart-topping French songs of the 1970's. He was also known for his ability to sing in multiple languages.

He won an undergraduate Hopwood Award for fiction in 1958 while a student at the University of Michigan.

He became the first French singer ever to sign to an American label when he signed with CBS Records in 1964.

He appeared in the 1964 heist film Topkapi, directed by his father and starring Maximilian Schell.

Joe Dassin Is A Member Of