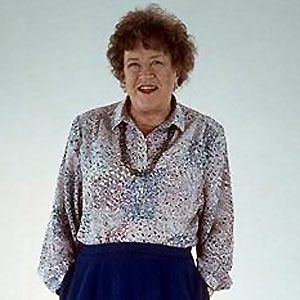 American chef who brought a love of French cuisine to TV viewers through her show The French Chef, which aired from 1963 to 1973. She also wrote the famous cookbook Mastering the Art of French Cooking.

After graduating from Smith College, she worked as an advertising copywriter for the New York home decor firm W. & J. Sloane.

She studied at the prestigious Le Cordon Bleu in Paris and also learned directly under master chefs such as Max Bugnard.

Meryl Streep portrayed her in the 2009 film Julie & Julia.

Julia Child Is A Member Of