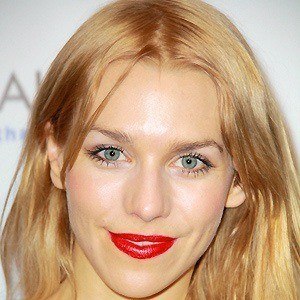 Her earliest film credits include roles in Soloalbum' and 'Fickende Fische.

She starred in the German television show Mädchen Nr. 1.

She and her two sisters were raised in Munich by their French mother and their German painter father.

She was born in the same year as fellow German science fiction actress Antje Traue.

Julia Dietze Is A Member Of