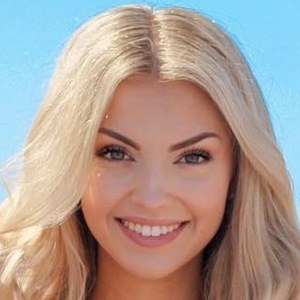 German YouTube beauty enthusiast who is widely known for her xLaeta channel's content. She has garnered popularity there for her makeup hacks, DIYs and other trendy beauty content. She has her own hair line called nju as well as an xLaeta perfume brand.

She has amassed more than 1.8 million subscribers to her prolific YouTube channel. One of her most popular videos there, "BOYS TESTING WOMENS PRODUCTS," has earned more than 2 million views. She is also popular on Instagram with over 2.6 million followers.

She was born and raised in Germany. She has a long-time boyfriend named Jonas. She has two cats named Harry and Tabby.

She has collaborated with fellow German YouTubers Roman Lochmann and his twin brother Heiko Lochmann.

Julia Fröhlich Is A Member Of