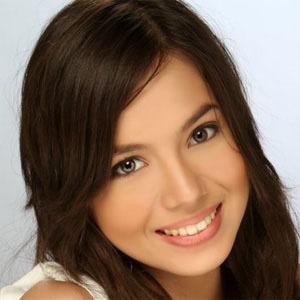 Actress and model who became recognized for her role as Clara in the TV series Mara Clara. She also starred in the show Muling Buksan Ang Puso and played roles in the films A Moment in Time and Halik sa Hangin.

She got her start by working in television under her birth name, Mara Schnittka.

She has worked extensively as a model, shooting with brands like Coca Cola and Dental Arts.

She was born in Quezon City, Philippines to a deaf mother, Gemma Hautea and a father, Martin Schnittka, who left them when she was a baby.

She co-starred with Kathryn Bernardo on the Philippine TV drama series Mara Clara from 2010 to 2011.