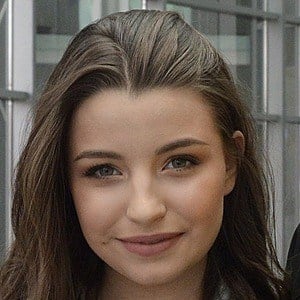 TV actress who starred in Niania w wielkim miescie in 2017 and signed on to star in Kobieta sukcesu in 2018. She has more than 1.9 million followers on her juliawieniawa Instagram account.

Her first on screen role was in the 2017 TV series Na dobre i na zle.

She was on the cover of Glamour Magazine in August 2017.

She is from Poland.

She and Ariel Winter are both actresses born in 1998.

Julia Wieniawa-Narkiewicz Is A Member Of