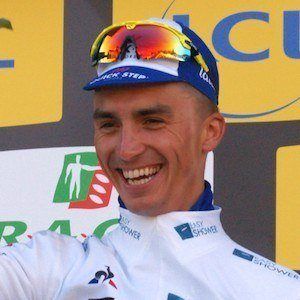 French road cyclist and cyclocross racer. He is known for riding with the Quick-Step Floors team.

He began his amateur career in 2012 riding for Armée de Terre. He later joined Etixx-IHNed in 2014 and he joined the Pharma-Quick Step in 2014.

He was born and raised in Saint-Amand-Montrond, France. He is the brother of fellow cyclist Bryan Alaphilippe.

Julian Alaphilippe Is A Member Of