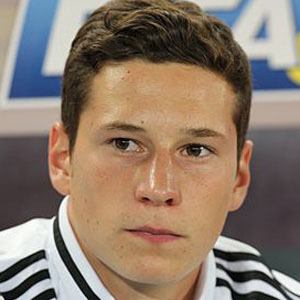 He debuted internationally for Germany in 2012 and won the 2014 World Cup with his country.

He was born to Monica and Hans-Jurgen Draxler in Gladbeck, Germany. He and his childhood sweetheart Lena Stiffel got engaged, but later parted ways. He began dating Sethanie Taing in 2019.

Julian Draxler Is A Member Of