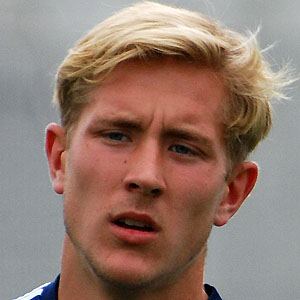 Midfielder who signed with Totenham Hospur in 2013, after 4 seasons with Schalke 04. He became a member of the German national team in 2010.

He made his professional senior squad debut with Alemannia Aachen at age 17.

He won the Fritz Walter Medal while representing Germany's U19 team in 2009.

He was born to a British father and a German mother in Erkelenz, West Germany.

He became teammates with Danny Rose on Tottenham Hotspur in 2013.

Lewis Holtby Is A Member Of