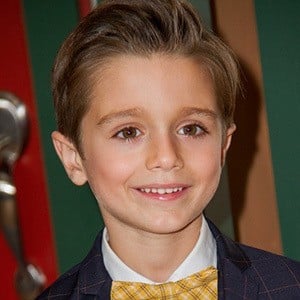 Actor who has garnered fame for his career in film, including the Netflix original film Bird Box. He appeared in the 2016 TV series Gilmore Girls: A Year in the Life, and in a bit part in the 2017 film Ready Player One.

He made his TV debut in 2015 on the original series Star vs. the Forces of Evil.

He appeared in a 2018 episode of the popular TV series Runaways. He also guest starred on an episode of HBO's original comedy TV series Animals.

He appeared alongside Sandra Bullock in the 2018 Netflix film Bird Box.

Julian Edwards Is A Member Of