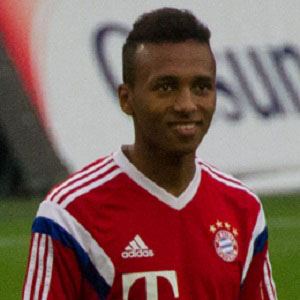 Winger who debuted with Bayern Munich in 2013 and became a member of the US national team in 2014. He scored his first World Cup goal in the round of 16 at the 2014 World Cup in extra time during the US's 2-1 loss to Belgium.

He spent the beginning of his youth career with FC Miesbach and SG Hausham before joining the Bayern Munich youth system in 2010.

He competed internationally for Germany at the U16, U17 and U19 levels thanks to his dual citizenship.

He was born to a German mother and an American father.

He earned a spot on Munich's squad during the 2013 FIFA Club World Cup after an injury to star winger Arjen Robben.

Julian Green Is A Member Of