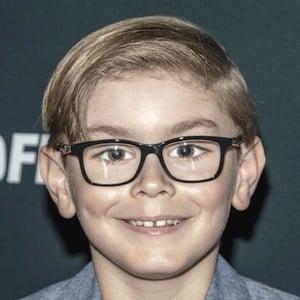 Actor who garnered national attention for his role as Young Luke on the Netflix show The Haunting of Hill House. He had his film debut in the 2018 movie Never Goin' Back. He is represented by Linda McAlister Talent.

He was cast in the 2019 film Greener Grass, co-starring D'Arcy Carden, Jim Cummings and Janicza Bravo.

He is an only child. His mother is Arianne Martin and his father is Justin Hilliard.

Carla Gugino, Michiel Huisman and Henry Thomas are his The Haunting Of Hill House co-stars.

Julian Hilliard Is A Member Of