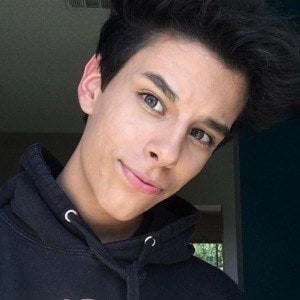 Rising internet personality most followed on his Instagram account wtf.julian, who has also earned thousands of fans on YouNow and musical.ly.

He created his social media accounts in August of 2014.

He is a good friend of fellow Instagram personality lifeaslali.

His real last name is Montoya; he is openly gay. He has been based in Chicago, Illinois and Orange County, California.

He tweeted a happy response to the return of Steven Fernandez after Fernandez was involved in some controversy.

Julian Jake Is A Member Of