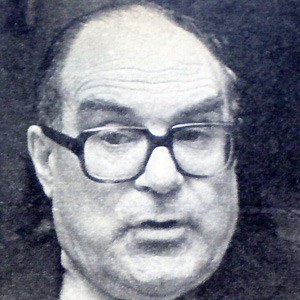 Spanish philosopher most remembered for his association with the Generation of '36 movement.

He matriculated from the Complutense University of Madrid in 1936 where he studied philosophy.

He wrote a book in 1941, History of Philosophy, which was labeled the greatest Spanish language book on the subject.

He had a son, Javier Marías, who became a noted novelist.

He and Princess Letizia both studied at the Complutense University of Madrid.

Julián Marías Is A Member Of