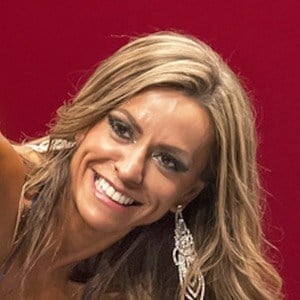 Fitness model and professional bodybuilder known for competing in multiple International Federation of Bodybuilding competitions. She is best known for her work in the Women's Physique category where she emerged as a victor in the 2012, 2013, and 2014 NY Pro as well as the 2014 Ms. Olympia competition.

After growing tired of competitive sports, she began working out at the age of 20. After taking aerobics classes for three years and weight training for several months, she competed in her first fitness competition. She went on to earn her IFBB Pro Card at the Amateur World Championships in 2005.

She is known for winning the 2015 Arnold classic which made her the first ever Women's Physique Arnold Classic International Champion.

She was born and raised in Sao Paulo, Brazil but has heritage from Italy. She later moved to New York to pursue her career in fitness.

Other Brazilian professional bodybuilders known for competing in the IFBB include Nucia Freitas and Larissa Reis.

Juliana Malacarne Is A Member Of