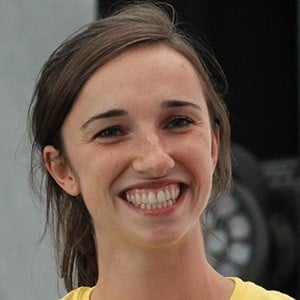 German professional mountain climber or Sportkletterin who is known for specializing in bouldering, lead, and speed climbing. She has won multiple World Championships in each division including the Bouldering World Championship in Munich in 2014.

She has won several honors in lead, speed, and bouldering events including the German Championships from 2006 until 2010 and first place at the Boulder World Cup in Innsbruck in 2013 and in Chongqing in 2014.

She was born and raised in Halle Saale, Germany.

She appeared in the Lynn Hill climbing documentary Outside the Box in 2011.

Juliane Wurm Is A Member Of