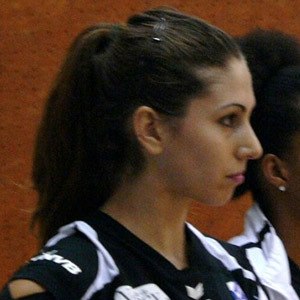 Middle blocker who has risen to prominence for her prolific career playing with the Argentine national team. She has earned caps playing at the 2016 Summer Olympics, and helped the country finish with a bronze medal at the 2015 Pan-American Volleyball Cup.

She played volleyball within Argentina's national youth system. She first debuted for the senior team in 2005.

She was a team leader for Argentina at the 2014 FIVB Volleyball Women's World Championship. She has played club volleyball for Paris Saint Cloud, with whom she signed in 2016.

She was born and raised in Cordoba, Argentina.

She and Yamila Nizetich played as teammates for Argentina's senior national team at the 2016 Summer Olympics.

Julieta Lazcano Is A Member Of