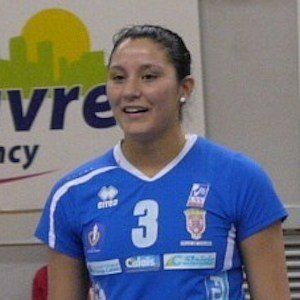 Outside hitter known for her play with Argentina's national team. She competed with her country at the 2016 Olympic Games in Rio de Janeiro, Brazil.

She made her first appearance in the Pan-American Volleyball Cup in 2006.

In 2017, she joined the Italian women's club Volley Pesaro.

She is originally from Cordoba, Argentina.

She was photographed with professional soccer player Emmanuel Mas in March of 2017.

Yamila Nizetich Is A Member Of