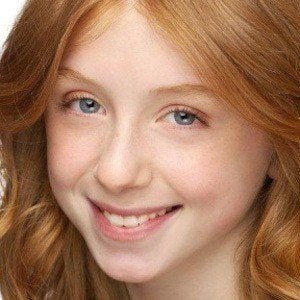 After playing June Gallagher on the Reba McEntire series Malibu Country, this young actress appeared in episodes of Haunted Hathaways, NCIS, and Mad Men. Also a stage actress, she was featured in the Broadway productions of Mary Poppins and Billy Elliot the Musical.

When she was just eight years old, she performed in the Broadway production of How the Grinch Stole Christmas.

She grew up in Little Falls, New Jersey. She has a dog named Faith.

She and Sara Rue were both series regulars on Malibu Country.

Juliette Angelo Is A Member Of