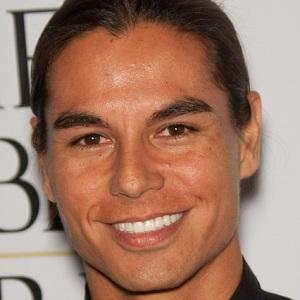 Spanish singer known for being a member of the world-famous Enrique family of singers who has released popular singles like "One More Chance." He has also made appearances on several reality TV shows, including Bailando por un Sueño and Tu Cara Me Suena.

He attended Menlo College before working as a model for the Ford Models Agency in New York.

He joined the band Latin Lovers with Damien Sargue and Nuno Resende in 2014.

His father is Latin music superstar Julio Iglesias. His older sister is journalist Chabeli Iglesias and his younger brother is famed singer Enrique Iglesias. He married model Charisse Verhaert in 2012.

In 2011, he covered the Amy Winehouse song "Rehab" on Tu Cara Me Suena.

Julio Iglesias Jr. Is A Member Of